WHY SQUARE METRE RATES ARE A BAD IDEA

I’d love to win Lotto this weekend – it looks like a real easy way to make money. If you are using square metre rates for your pricing, your chances of making a buck at the end of the job are a similar gamble.

Like you, we often get asked for square metre rates for jobs.. So what should you say?

To answer this, I usually tell clients that providing a project price based on square metre rates would produce an estimate that I wouldn’t have any confidence in. Sure, the size of a job does have an impact on cost. But other factors – such as design, the number of openings, material selections, finishes, the complexity of the details – all have an impact on price, but may not change the square metre size. For important decisions such as those involving housing, you really want the best information available.

Everyone involved in a building project needs to work out what the job will cost. The most accurate way is to add up the bills at the end; but that is a little late when trying to make decisions before starting. Square metre rates are a time-efficient way of determining costs, but only if you have recently built something very similar. It doesn’t take much change for them to quickly become wildly inaccurate. With modern computer-based quantity take-off systems, there isn’t any real excuse to use square metre rates or manual estimates from previous jobs.

When estimating costs, we look for the best approximation of what the real world costs are going to be for a piece of work. This might be square metres in some situations but, more likely, the cost is driven by other factors other than size.

To illustrate this, I have used the YourQS estimating system to model two versions of a simple building. House A is a square box; House B a longer box with a couple of notches cut into it. Both are 100m2 floor areas and use exactly the same materials. The slightly different shapes, however, mean that it would be tear inducing if you’d used a square metre rate to price one of them.

Both have concrete floors, framed walls with pine bevel back weatherboards, corrugated iron on trusses, aluminium joinery, the same number of rooms, and the same plasterboard lining and finishes. Yet there is a 13% variation in the square metre rates for the two houses and up to a 27% variation within the elements.

The variation between these two houses is just the layout as we have left out many other factors like plumbing, electrical, earthworks, landscaping, or the myriad of other things that can impact on a build cost. Because most of these factors change the build cost, but not the floor area, they can significantly drive the calculated square metre rate up or down.

This simple example is a new build; renovations are worse where things like demolition, propping, repairs and preparation all add to the cost without impacting on the area. For example, we recently priced a relatively simple 4m2 extension that worked out to over $10,000 per square metre.  As you can see, using square metre rates is a gamble.

The costing reports for these example hours are available for download here if you’d like to investigate further see Rates Examples Client Report, or Rates Examples Detail Report and the Excel version Rates Examples Excel WorkbyTrade.

Nick Clements is the founder of YourQS, a quantity surveying practice specialising in residential renovations and new builds. 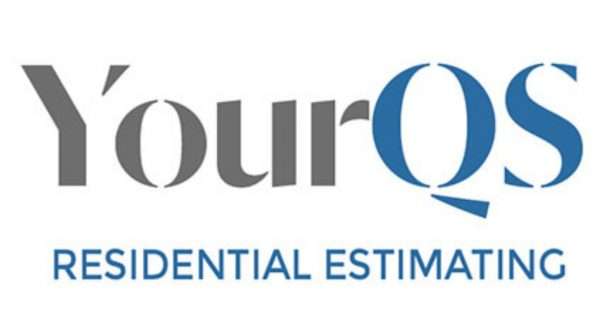 If you’d like to keep up to date with us please register your email and we’ll add you to our email newsletter.  (You can unsubscribe at any time.)

Thank You For Subscribing